The NATURE of NATURE

The tree as a symbol of life, which, after the period of stagnation regains new strength every spring and inexorably bursts forth, was the essential source of inspiration. Viewed from above, the drone perspective, trees appear abstract, in forms that reflect the principles of growth and life – the laws of nature.
The pictures were painted in the midst of the darkest Corona winter 2020/21, as invocations for the return of life.
As so many other paintings during this time, they were made while Chatschatur Kanajan was playing the violin. The shapes also reflect how sounds travelled through the air and acted as the scores Kanajan played at the opening. 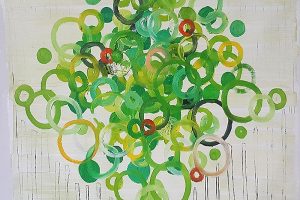 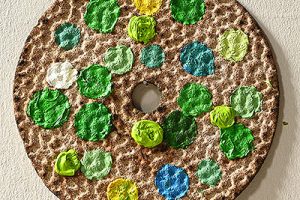 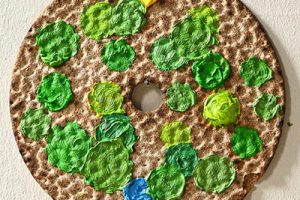 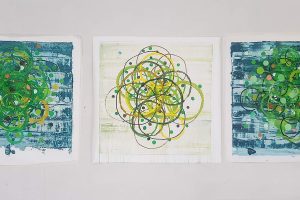 After his brother gave him a dentist’s drill, he started to sculpt and shape the coconut shells into magical forest spirits. 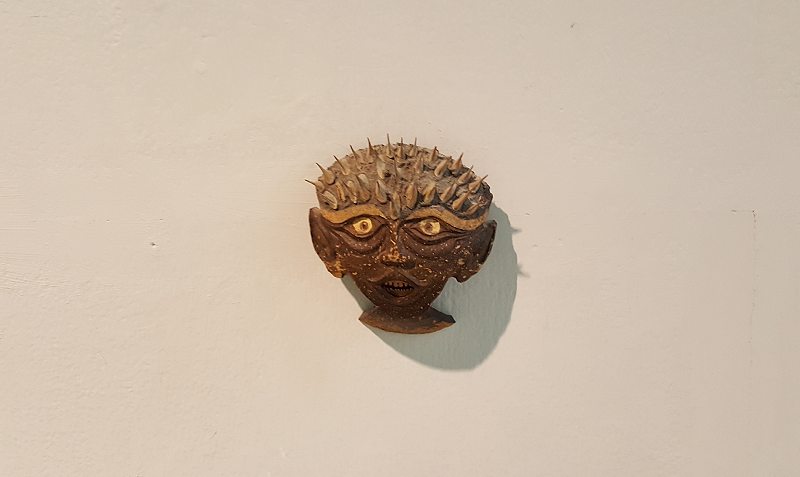 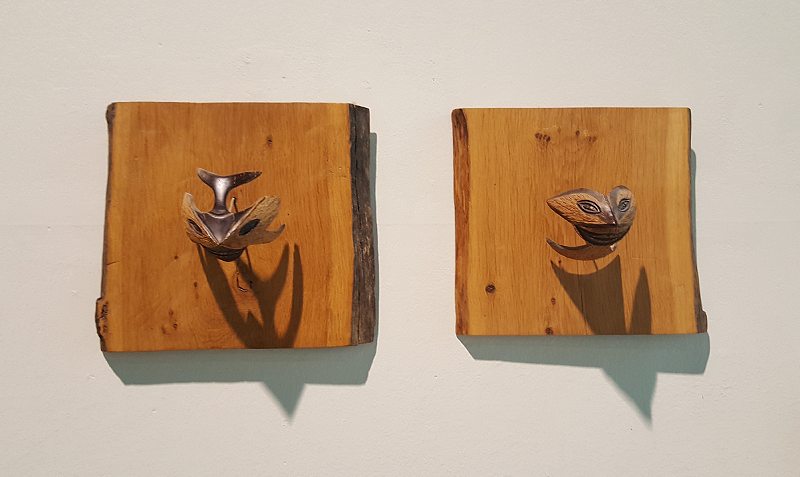 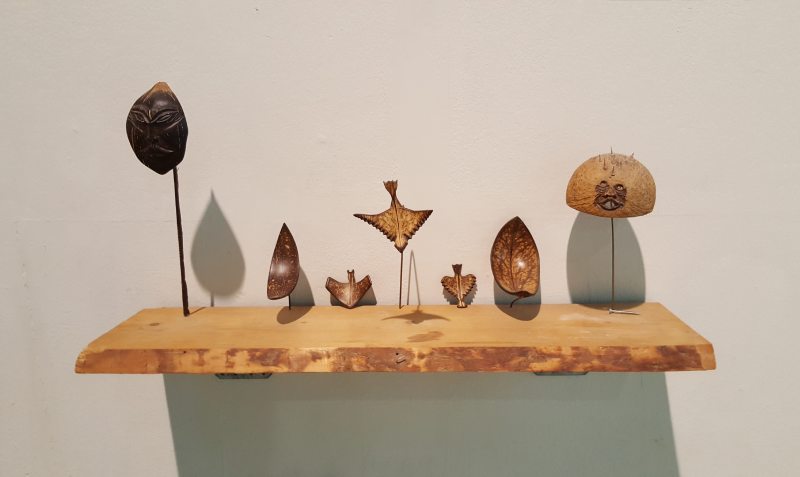 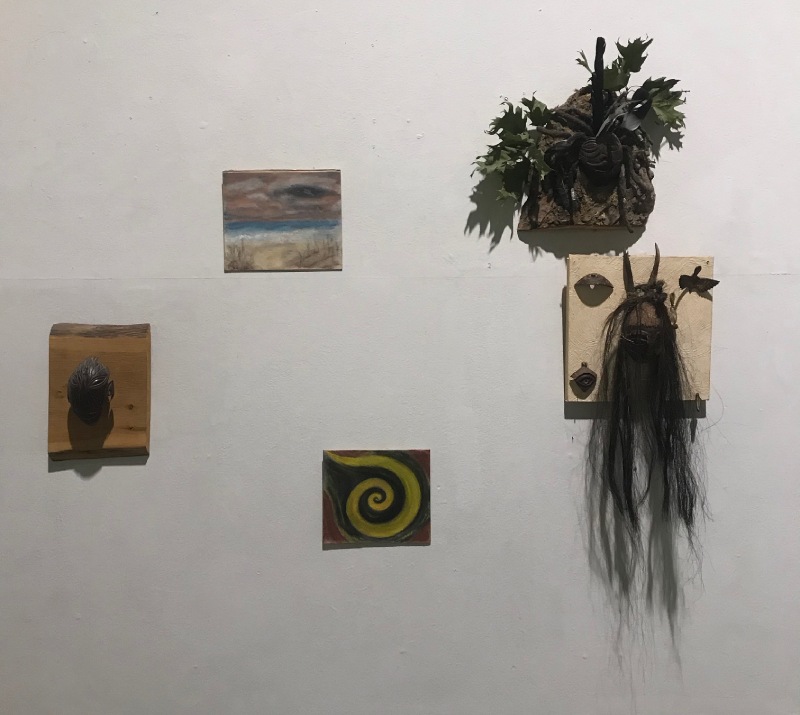 Since March 2016, composer and violinist Chachatur Kanajan has initiated a series of performances under the title OKNO. The experiment centres on an interrelation between live graphics and music. Kanajan developed a simple graphic code, usually just intersecting vertical and horizontal lines, which can be perceived both as shorthand of the musical events and as a kind of graphic notation. The calligraphic pen’s path on the paper corresponds to the sound’s syntax. 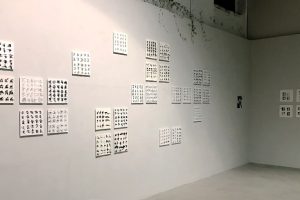 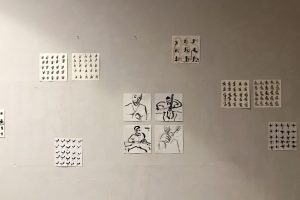 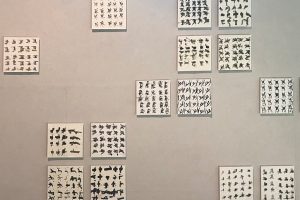 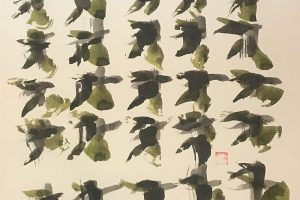 After I came across a photo of a Chinese textile worker in a monochrome blue, polluted environment a few years ago that stuck with me, I started sewing pictures from old denim in 2017 that deal with the highly health- and environmentally-damaging, sometimes inhumane production conditions in the global textile and fast fashion industry.

Jeans seem to me to be the ideal material for this, as they themselves have undergone a metamorphosis from an indestructible working textile via the freedom-promising rebellion outfit of youth in the mid-20th century to the global, often already pseudo-worn leisurewear of today and thus virtually symbolise a decline in values.

I use second-hand jeans that friends donate to me, that I find on the streets of Berlin, or that I buy from Oxfam or Humana. They are sewn into pictures with the sewing machine, in various, sometimes time-consuming patchwork processes, and in more recent works are additionally painted and embroidered.

I am also interested in illustrating the ReUse approach, i.e. the reuse of materials and raw materials. The works produced in a lengthy patchwork technique thus simultaneously point the way out of the dilemma of wastefulness to the self-empowerment of craftsmanship and the sovereignty of interpretation over the purpose of things. They are also a sewn form of a criticism of capitalism. 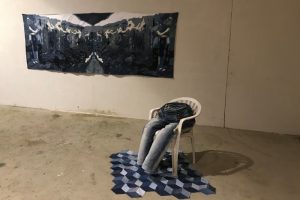 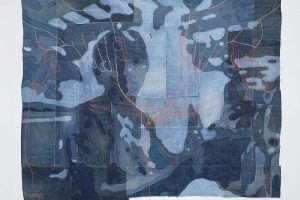 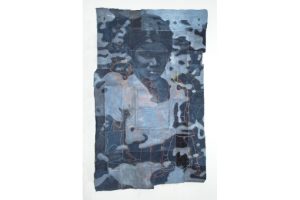 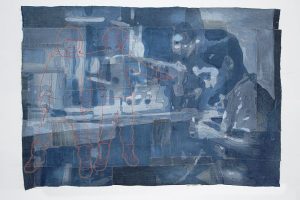 In connection with and as a counterpoint to Personne, running concurrently in the Tanzhalle Wiesenburg, the exhibition Les yeux sans regard (Eyes without a gaze), by Laurent Goldring, can be seen in the Werkhalle Wiesenburg. The material presented emerged during the working process around Personne, when Goldring began to revisit a series of loops of ‘eyes without a gaze’ on film. The title, as suggested by Goldring, comes from the observation that “Caught between hands and face, the eyes tend to be missing the point – and take over the image”. 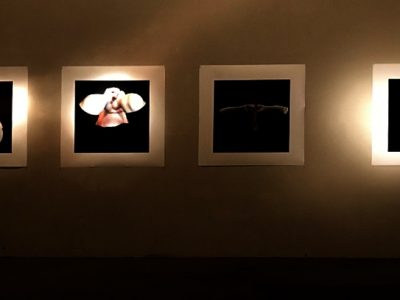 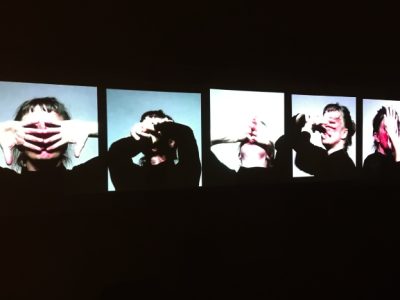 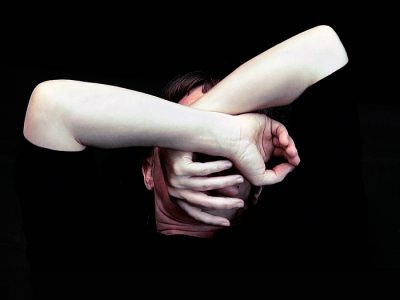 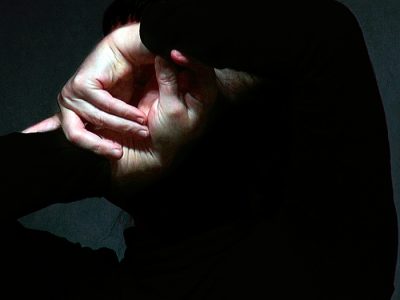 For the last few years I’ve painted in response to a body of poems by Nathan Shepherdson. The poems are powerful, abstract, visceral, and the ocean swells within them. I started by painting text from the poems, playing with the rhythm of words and allowing the patterns of letters to evolve into large abstract painting. I think of these little watercolours as traps for light and colour, as vessels to hold the poet’s metaphors and the meanings that might be found in them. 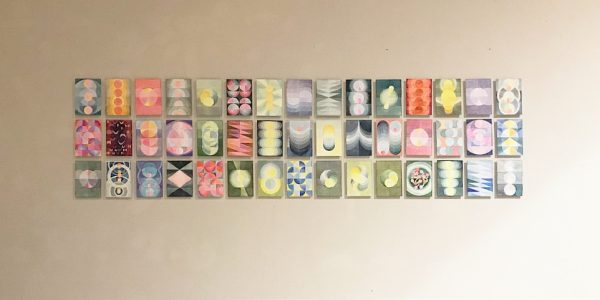 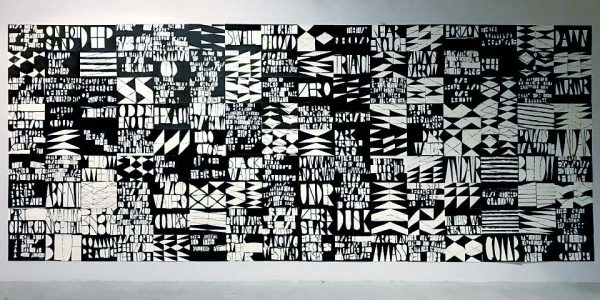 These four artists met at Chelsea College of Art & Design in London while they were studying for their Master’s degree in 1996/7. They showed together in a group show at Galerie Herold in Bremen in 1998 and now come together again for this exhibition in the Werkhalle Wiesenburg.

Heather Allen became known for her ‘army’ of small-scale self-portraits which mirrored often humorous and maybe puzzling situations in which everyone finds him- or herself at times. In 2013, she started making abstract sculptures, “strange, dubious sculptures, puzzling creations that lend one’s fantasy wings and hijack the viewer into worlds difficult to enter.” (Dirk van der Meulen). Recently, she has been transforming these sculptural ideas into paintings.

Over the past twenty years Sara Björnsdóttir has gained a reputation for multifaceted, carefully constructed and focused works, which lie on the boundaries of the political and the personal. Despite their strong conceptual and critical basis, her works are equally infused with intuition and sensitivity and there is an emphasis on balancing these elements with the visual.

Elizabeth Russell is a conceptual artist who produces paintings, drawings, photography and installations in a variety of styles. The artist’s practice involves the creation of art works for thematic gallery exhibitions, as well as site-specific works and community based projects.

Spätkauf (Corner Shop) is an ongoing project by Silke Thoss, alias Silky, in which visually presents the changes in social and cultural forms that are recognisable in the advertising messages of a particular time. She mixes historical references to “consumer goods” with invented facts and thus tells of the promises of the product world in an entertaining and often ironically funny manner. 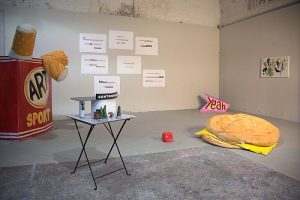 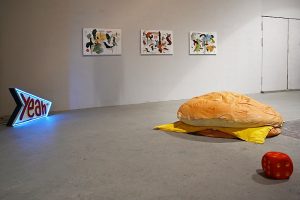 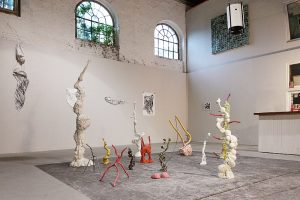 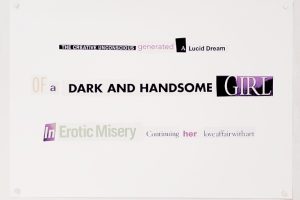 RETROSPEKTIVE 2017-2021 is an exhibition of artworks that have either been shown or created in the Werkhalle, or new works by artists who have exhibited or worked here since it opened as a gallery space in 2017. 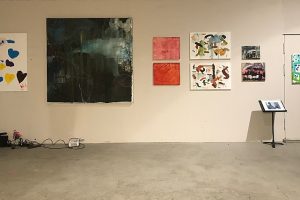 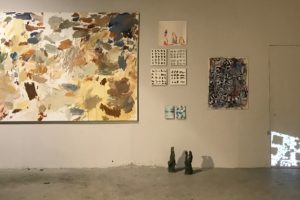 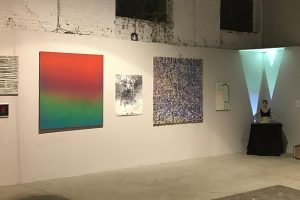 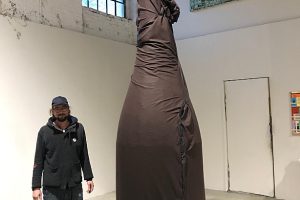